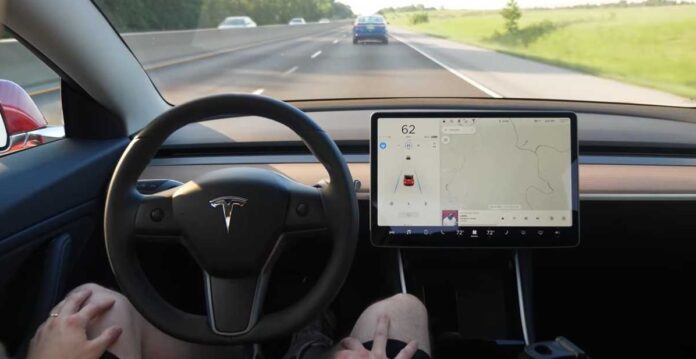 A beta version of Tesla’s partially automated driver assist system is available, but not to everyone. Musk had said earlier it was planned that the latest upgrade would be widely released by the end of this year, with the system becoming more robust as it collected more data. Tesla has reported steady sales and profitable quarters, boosting the shares in the unexpected manner to more than triple this year.

Tesla sent out the first “Full Self-Driving” beta software update to a select group of customers this week, CEO Elon Musk tweeted Tuesday. On some earnings call Wednesday, Musk said more Tesla owners would get the update as the week’s progress, with the goal of a wide release by the end of the year. Only those customers in Tesla’s Early Access Program will receive the software update that will enable drivers to access Autopilot’s partially automated driver assist system on city streets. The early access program is used as a testing platform to help iron out software bugs.

The U.S. auto safety regulator on Thursday said it was closely watching Tesla’s release of a software version intended to allow its cars to drive themselves, saying it stood ready to protect the public against safety risks. The U.S. auto safety regulator authority said in a statement that it has been briefed on Tesla’s system, which it considers to be an expansion of driver assistance software, which requires human supervision.

Musk said that Tesla was approaching this software update very cautiously because the world is a complex and messy place. In a letter to investors, Tesla said its Autopilot team has been focused on a fundamental architectural rewrite of our neural networks and control algorithms. This rewrite will allow the remaining driving features to be released. This rewrite, Musk has said, will allow Tesla’s vehicles to interpret their environment in four dimensions rather than two, which should result in a dramatic improvement in performance and faster software updates.

Previously, Musk has described a feature complete version of full Self-Driving as enabling the car to drive from someone’s home to their work without intervention. Drivers will still need to be ready to take control if the car runs into a problem. Some experts have taken issue with the way Musk talks about these features in the past, arguing he is muddying the waters by overselling a Tesla car’s capabilities.

Elon Musk told industry analysts that the company is starting full self-driving slowly and cautiously because the world is a complex and messy place. It plans to add drivers this weekend and hopes to have a wider release by the end of the year. He referred to having a million vehicles providing feedback on situations that can’t be anticipated.

Autopilot can center a Tesla in a lane, even on curves, and adjust the car’s speed based on the vehicle ahead. The “Navigate on Autopilot” feature can suggest and perform the lane changes to get around slower vehicles, and steer a Tesla toward highway interchanges and exits.

Another feature can slow a Tesla to a stop at traffic lights and stop signs. The company has yet to allow its customers hands-off control of the vehicle at medium speeds, where they are more likely to encounter traffic signals, intersections, and other complexities.

Autopilot can’t perform some of these tasks if a road’s lane markers are faded or missing, and it can’t make turns. The driver must have a hand on the wheel at all times, too, or else Autopilot will flash a series of warnings before ultimately disengaging entirely. But when those features work in concert, it can feellike the car is driving itself but a driver is still liable if the car makes a mistake or crashes. There have been a number of fatal crashes involving Tesla vehicles with Autopilot enabled.

Tesla touts in large font its full self-driving capability. In smaller font, it warns: “The currently enabled features require active driver supervision and do not make the vehicle autonomous. The activation and use of these features are dependent on achieving reliability far in excess of human drivers as demonstrated by billions of miles of experience, as well as regulatory approval, which may take longer in some jurisdictions.”

Musk by taking along the statement further argued that Tesla’s self-driving advantage comes from having a large fleet of vehicles numbering around 930,000 are reported to be already on the road. Those cars record situations and provide training data to improve the neural networks needed for the artificial intelligence software that powers self-driving cars.

The company’s approach to autonomous vehicles is primarily focused on computer vision or using cameras, just like humans to recognize and understand the world. Elon Musk further sharing his idea of expanding the fleet of autopilot cars with self-driving software’s said that having on the order of a million cars that are providing feedback and specifically feedback on strange corner case situations that you just can’t even come up with in simulation this is a thing that is really valuable.

Recently, Elon Musk has taken the stage as the world’s second-richest person as he bypasses the owner of Microsoft; Bill Gates to snatch the spot from him as the 2nd richest person around the globe with a net worth of around $128 billion. Tesla also affirmed its target to deliver half a million vehicles by the end of this year, a goal that will require it to significantly ramp up vehicle sales in the fourth quarter. The company has defied a downward trend in the wider auto industry in 2020 and bucked a pandemic and economic upheaval with steady sales and profitable quarters, sending shares up around 400% this year. 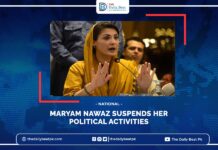