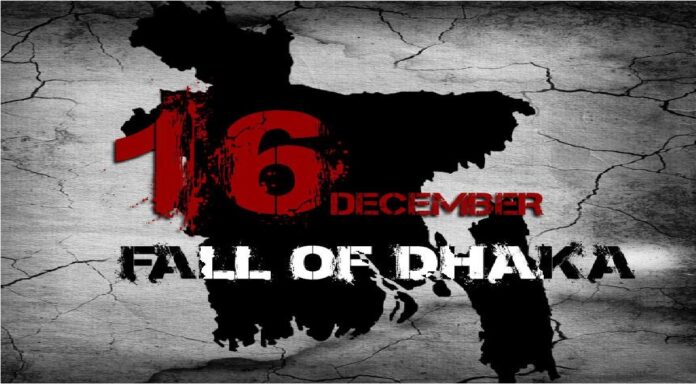 The creation of Bangladesh is one of the most sensitive and tragic chapters in the history of Pakistan. While the trauma of partition may now be behind us, stories of 1971 still raise hackles among anyone who lived through that era. It is a colossal irony and tragedy that Pakistan got dismembered in Dhaka where All-India Muslim League. The mother party of the Muslim freedom movement was given birth by Bengali Muslim leaders in East Pakistan—now Bangladesh in 1906.

While there are two, very forceful narratives on what exactly happened, history is unequivocal. Perhaps this is why the people who lived through the painful partition of Pakistan are best placed to recall and ruminate on the mistakes that were made in that fateful year. After all, everybody sees through a different lens.

Not many in this part of Pakistan had supported creation of independent homeland since their preference was to bask under the Raj as such not many mourn nor regret break-up of the country. We don’t even look back in anger, our eyes have been dried of tears since the day our generals, their arms and men, gave in to the Indians without much of fight although our commander General Niazi had promised that Indian tanks would only cross into Dhaka by rolling over his chest.

Ali Ahmed Khan who was a journalist and witness of whole incident recalls the incident. He said, “On March 23, 1971, the flag of Bangladesh was put up in East Pakistan. I worked for a progressive Urdu weekly, Jareeda, which promoted the rights of East Pakistan and consistently campaigned for the restoration of democracy under military rule.”

As the intensity and rift between hearts and voices of East and West Pakistan increased, Ali Ahmed Khan’s memory took a turn of grim. He recalls, “It was the night of March 25. From my own home, in a predominantly Urdu-speaking part of Dhaka, all we could hear was gunfire.” He further added that, “From the direction of the slums where most working-class Bengalis lived, he saw flames leaping upwards. Smoke filled the air and the sky turned red, this is what I remember of Operation Searchlight.”

After the operation, the country erupted into a violent reaction as the liberation movement was launched and many Urdu-speaking families were attacked. There are stories from people coming into the Dhaka that the town had seen some terrible violence, butchering and mass killings.

Admiral Mohammad Ahsan, the last governor of East Pakistan, also recalls his memory filled with scars of East Pakistan. He recalls that, “when Yahya Khan came to talk to Sheikh Mujibur Rehman, he asked the admiral ‘what are these six points?’

The admiral offered to send for the document, but Yahya Khan refused to at-least accepts the paper, saying ‘No, no, I’ll manage’. This shows there was a lack of seriousness to engage with the people of East Pakistan.”

Hassan Zaheer, as a key bureaucrat at the time of fall of Dhaka, recalled in his book ‘The Separation of East Pakistan- 2001 that how sense of deprivation among the people of East Pakistan got deepened because “the West Pakistan dominated ruling class of early Pakistan never really tried to understand the Bengali point of view in any perspective.”

Pakistan’s main foreign exchange earner was jute known world over as golden fibre followed by tea. Both were mainly grown in East Pakistan and as such people felt justified in seeking a just share in foreign exchange earnings. Their other major grievance was lack of proper representation of Bengalis in the military and bureaucracy despite the fact they were in majority. Bengalis used to allege that physical requirements for recruitment in the army were such that healthy but frail Bengalis had no scope for getting into services.

Dismissal of Bengali Prime Minister Khawaja Nazimuddin by the Punjabi governor general Ghulam Mohammad and subsequent packing up of Legislative Assemblies, chief ministers, rollback of democracy and imposition of martial law in October 1958 cast a pall of gloom over Bengali population since the majority in the forces was Punjabi.

Shifting of federal capital from Karachi to Islamabad by Field Marshal Ayub Khan deepened sense of deprivation and ignited a strong nationalism among the Bengali population to assert their claim as majority. Any Bengali demand for funds for development was treated with contempt by the West Pakistani ruling junta. When synthetic alternate to jute was invented, rulers in Islamabad started treating East Pakistan as a basket case.

A book “Kissinger on Trial” recalls a hair rising account of how things had turned out to be in March in the-then East Pakistan. In the words of an American diplomat at the US Consulate in Dhaka, “March 23 was also Pakistan Day, a not very happy coincidence. Mujib declared that Pakistan Day would be celebrated as Resistance Day in East Pakistan. Hundreds of the Bangla Desh flags were flying in Dhaka, including over Mujib’s house. The portrait of Mohammad Ali Jinnah, the founder of Pakistan, was burned by demonstrators outside Mujib’s house, so was the Pakistan national flag.”

Ms Zaidi a journalist based in Islamabad remembers the day when Sheikh Mujib ur Rehman gave his final call to the Bengali people and asked them to fight for their liberation. Ms Zaidi recalls that, “From the window of my house, I saw people emerging from every corner, holding makeshift weapons. I saw our milkman, an elderly man, walking with a spear in his hand. After that, it was sheer chaos,”

She further said that, “Bengalis are a proud people; proud of their culture and their language. But West Pakistanis always looked down on Bengalis and were very racist towards them. This is what sowed the seed of resentment.”

No doubt we learnt a lesson from the tragedy of East Pakistan when we resolved the issue of provincial autonomy in 1973 Constitution and later after 2008 elections, consolidated the federation further by the 18th Amendment. However, when we the Amendment are described as bad as Mujib’s six points, we feel that we have learnt no lesson. With every one on one page as is the popular official mantra these days, it is not a good omen. 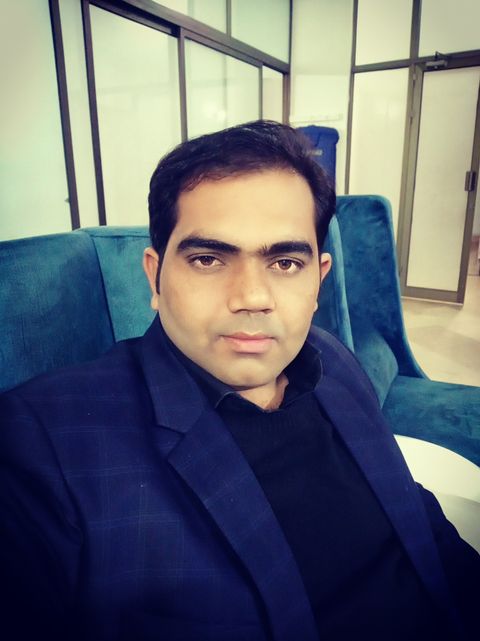 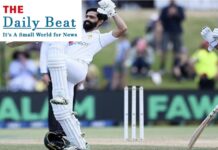