It is said that attack is the best defense. Pakistan Cricket Team often fails to realize this thing and ends up losing matches, which can easily be won. In the first test match against New Zealand, they were cruising towards win, despite being dominated by the opposition for 5 days, but Pakistani team put their feet off accelerator at the wrong time.

The fifth day started with Pakistan facing a herculean task to save the test match. But even if there was a chance, it would have a better option to go for the win, instead of blocking the balls. The former captain Azhar Ali was dismissed in the first session and Pakistan had only 5 wickets to defend.

Fawad Alam and Muhammad Rizwan put a great effort and stood there for more than 60 overs. There was a stage when Pakistan needed only 137 runs from 30 remaining overs. Fawad Alam and Muhammad Rizwan had seen off the second new ball and New Zealand were starting to get scared as the pair had put on 65 runs off last 85 balls. They had been scoring at more than 4.5 runs per over for last 14 overs and had they gone with same scoring rate for another 30 overs, Pakistan would have earned a historic win.

Fawad Alam reached century after 11 years and it looked like the stage was set for one of the biggest victories for Pakistan. But they decided to block the ball from their onwards. There were 3 maiden overs and that resulted in the wicket of Muhammad Rizwan. That shifted the momentum and Fawad Alam also lost concentration few overs later.

The same approach had costed Pakistan in the first innings as well. The top order batsmen had failed miserably and they were 80/6 on the second day, after facing around 60 overs. Now the concerning thing is that batting coach Younis Khan and head coach Misbah-ul-Haq have toured New Zealand multiple times, but still they did not teach the batsmen to go positive.

New Zealand is a country, where the batsmen are dismissed sooner or later and blocking every ball in never the solution. It is better than you score some runs before the bowler gets you out, instead of facing tons of balls and still not moving the scoreboard.

The openers showed the most disappointing performance, as Abid Ali once again got set and failed in the first innings. The right-hand batsman faced 104 balls in the first innings and could add only 25 runs. On the other hand Shan Masood’s disappointing run continued and he failed for the sixth innings in a row. Since scoring that 156 against England in Manchester test, Shan Masood has been dismissed for duck twice, has two single digit scores and failed to go past 20 even when he reached the double figures.

Shan Masood has been given 24 test matches by the management and despite playing half of the matches in Asia and scoring two centuries against lower ranked Bangladesh and Sri Lanka at home, his batting average is only 30.62. It is also pertinent to mention that Shan Masood was given chances ahead of Sami Aslam, who was disheartened and left Pakistan to join USA team. Sami Aslam had showed much better performance in New Zealand when Pakistan toured in 2016. He had scored 91 runs in the fourth innings of Hamilton test, after facing 238 balls in the innings.

On the other hand Shan Masood’s presence has not been given any benefit to the team, as he got out for a duck in the second innings, when Pakistan needed him to step up the most. Even the tail-enders Naseem Shah and Shaheen Shah Afridi showed better intent and fight as they stood there for almost 8 overs to protect the last wicket.

The former captain Azhar Ali would also be in danger of losing his place now, as he has failed to be consistent for last 2 years. Apart from scoring one century against Sri Lanka in Pakistan and one in a drawn test against England, he has not gone over fifty runs in last 20 innings, which is a big concern for a top order, senior batsman.

Haris Sohail’s performance must also be checked, as he has not scored a test fifty outside Asia. He failed to impress in test matches against Ireland and England in 2018. After that he has failed to reach double figures in 4 test innings against Australia and New Zealand.

Fawad Alam and Muhammad Rizwan’s performances are something positive in the team, which shows that selectors and management will have to give more chances to domestic/first class performers, instead of given chances to same players again and again. Fawad Alam was ignored for 11 years, despite averaging 50 plus in first class cricket, whereas Asad Shafiq was kept in team for 10 consecutive years, even though his average was around 40 all this time.

Players like Imran Butt and Kamran Ghulam must be rewarded most being top scorers in last two years of Quaid-e-Azam trophy when South Africa tours Pakistan at the start of 2021. If same players are given chances again and confirm their places in the team after one or two centuries at home, Pakistan team would not find a solution to their problem overseas.

This Test championship would not have Pakistan in the final as they lost series against Australia and England whereas New Zealand series also appears to be gone. But a team has to be built for the next event. Youngsters and domestic performers must be given a chance at home for the future, as it would be a perfect start to their careers, when they will play in familiar conditions, hopefully in front of the crowd.

The second test match will start from 3 January and it appears that Babar Azam would not regain full fitness. The team will have to go without their best batsman, but fans must hope that lessons would be learnt and team will go with a positive mindset this time. Because it has been a decade since Pakistan won a test match in New Zealand. 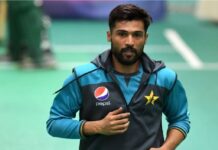 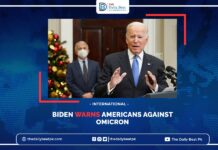 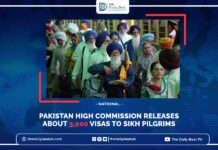