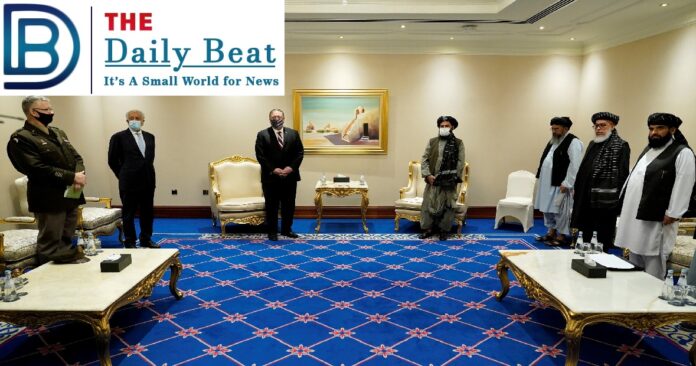 The political dynamics of Afghanistan are realigning themselves in the wake of the US departure. The two biggest contenders native to their own land; on the one hand, the de facto Afghan Government is struggling to hold its rule while, on the other hand, the shadow government of the Taliban is positioning itself at the centre of the new power structure.

The situation in Afghanistan continues to deteriorate; the Taliban-led insurgency retains control of the strategic initiative, and the International Coalition (IC) lacks clear direction. The insurgency has made significant inroads in the past months, consolidating its grip in the South and East, securing its sanctuary in Pakistan, and opening new fronts in the North. The situation around Kabul is unclear. Taliban leaders are now convinced that the International Coalition will soon be compelled to accept the facts on the ground and abandon Afghanistan in a few years.

The political turmoil that Afghanistan has faced is far greater than the wars that have been waged on its ground. The cycle of turbulence that started in 1992 with the Afghan civil war has fundamentally weakened the local cohesion and peaceful transfer of power among its factions. The landscape showed hope for change when in 2004 Hamid Karzai got elected as a president of Afghanistan.

The start of his regime provided countless opportunities for progress with aid and development projects being pooled in from the US and the international communities. However, the Afghan administration’s incompetency proven ineffective further by the never ending threat of violence made the region remained bound by the shackles of regression.

Since the Bush administration’s departure, the United States has tried to develop a strategy for defeating the Taliban. Nonetheless, the recent initiatives lack coherence and do not offer a credible response to the advance of the insurgency. Worse, while some measures are useful, others are potentially dangerous and could very well accelerate the pace at which the Taliban gain ground. The biggest mistake is to concentrate reinforcements in the South, while failing to react quickly and decisively to stop Taliban inroads in the North, where success now would be readily achievable.

The Taliban’s strength explains why the reinforcements sent in 2009 i-e the 21,000 troops cannot beat the Taliban in their southern and eastern strongholds. Sealing the border would be politically difficult, and the burden of doing so would fall primarily on the United States. In addition, it would take time, since the Taliban have the momentum. Defeating the Taliban would require at least 100,000 new reinforcements as long as the Afghan–Pakistani border remained open to insurgents. Neither the United States nor NATO is willing or able to pay the human and fiscal costs of reinforcements at this level. Even if they were, sealing the border would be extremely difficult in political and military terms.

It was these roadblocks that were identified in the new code of conduct that resulted positively to change the dynamics of the Taliban. For the first time, a progressive change was observed in their organizational structure that brought them from hidden behind a curtain of accusations towards a multidimensional front capable of gaining public trust and become a voice opposing the central.

Where, on the one hand, the Taliban were emerging, the other side of the coin was flipping for the US. The public support that the US had so craftily gained started to lose its momentum. From 2011 to 2012, the US worked its best to undermine the Taliban operations it gained on initial ground working to gain the trust of the local. However, the tide turned an ugly face when in 2011 a video went viral that showed the US marines disrespecting fallen bodies of Taliban insurgents. In light of this, the Taliban issued a statement condemning the act as in contradiction with all human and ethical norms.

This led to a growing anti-American sentiment in Afghanistan which only became more prevalent in years to come. In 2012 at a US base in Afghanistan copies of the Quran was burned which outraged the nation resulting in raging riots though out the country. These incidents were followed by numerous more and only contributed to highlighting the new Taliban narrative that the US is only working in demolishing the religious cause of Islam.

With the US ready to carry out its withdrawal from Afghanistan, it started to change its strategy with the Taliban. Instead of throwing them on the sidelines, it initiated a series of direct talks to negotiate the terms of future governance. Often times these meetings are being carried out without the involvement of the central Government, which not only legitimizes the authority of the Taliban but also represents the inefficacy of the current Afghan Government.

What this means for the Taliban is an opportunity to have a stake in the political landscape of their own homeland. Over the years they have transformed not only themselves but also the ideologies that they were previously recognized for. Now two decades later they have established themselves as an organization rooted in the ground aiming to stay and maintain a notable presence in the future of Afghanistan. 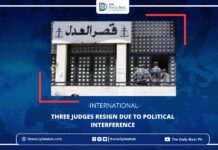 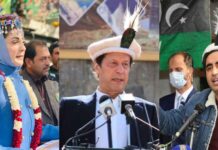 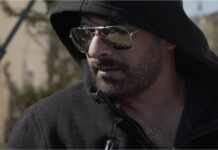