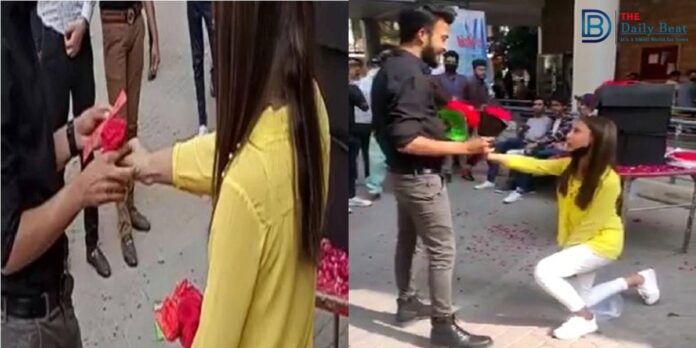 News circulating around the PDA shown by two students at the University of Lahore continues to gain momentum as notables from various walks of life are giving in their two cents on the whole matter.

The viral video showed a girl with her right knee bent on the ground, holding a bouquet of roses, as she proposed her boyfriend, who then takes the flowers and pulls the girl for a hug. Nearby students are seen cheering them along.

It was a matter of few hours that the video went viral and led to the institution in question passing on a stern punishment which led to the two students being expelled from the university.

A special disciplinary committee had taken notice of the event and had summoned the two students. However, when they failed to appear, the couple was banned from entering any of the university’s campuses.

This led to a huge debate and divided the internet further. However according to the University of Lahore, the two students were involved in gross misconduct and violation of university rules.

The following statement was released from the university’s office: The students in question were summoned before the committee but failed to appear. Thus, in pursuance of Section 9 of the General Discipline and Code of Conduct on the Campus, the committee has decided to expel the two students for violating the varsity’s rules and regulations and serious infraction of the code of conduct. Furthermore, as per Section 16, they are debarred from entering the premises of University of Lahore and all its sub-campuses.

While some have taken a supportive stance with the university, a larger support is being rendered towards the couple who are being put forth as being punished simply for being love.

A splurge of support came forth from the podium of influential. Former Test Cricketer Wasim Akram’s wife Shaniera Akram tweeted: “Apply all the rules you want but you can’t expel love! It’s in our hearts, it’s the best part about being young and it what makes life worth living! You learn more about love than you can ever learn at an institution.”

Her words were supported by many others. Where Bakhtawar Bhutto called the punishment ridiculous, Singer and activist Shehzad Roy said it’s okay to beat and scold a woman in public but not for her to hug someone.

The united front defies the extremely harsh predicament with many citing how the country isn’t progressive as its European counterparts because we are still bent on signifying and making a mountain out of petty concerns which are somewhat hindering the focus on things that need our complete focus and attention.

So much so is the majority mindset that Science and Technology Minister Fawad Chaudhry has also defended the students expelled by the varsity’s administration. He defended the couple and asked the decision to expel them to be reconsidered. “Every girl has the right to marry of her own will. Marriage by choice is one of the central rights Islam gives to women,” the minister wrote on Twitter.

What are your views on the matter? Do you feel the decision was justifiable or was the verdict a tad too far? Let us know in the comments section. 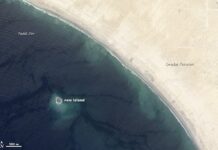 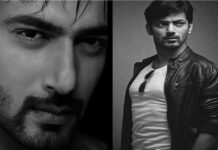 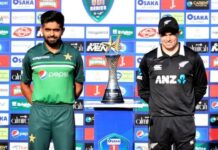