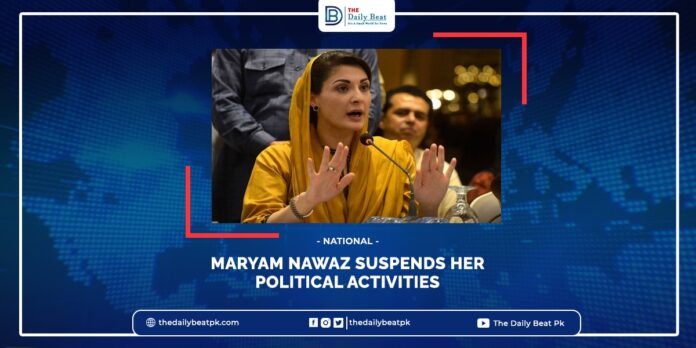 Maryam Nawaz, Vice President of the Pakistan Muslim League Nawaz (PML-N), has postponed her political activity for the next 15 days in order to attend her son’s wedding reception, according to a statement released by the party’s spokeswoman on Thursday.

In August, Muhammad Junaid, the grandson of PML-N supremo Nawaz Sharif, was married in a magnificent Nikkah ceremony in London. The celebration for the wedding will take place later this month in Lahore, Pakistan.

The reception for PML-N Vice President Maryam Nawaz and her husband Muhammad Safdar Awan’s kid will take held on December 17, according to reports.

Maryam would be unable to participate in political activities owing to commitments with her family, according to PML-N spokeswoman Mariam Aurangzeb in a statement.

The much-anticipated Nikkah ceremony of Junaid was conducted in London on August 22nd, and it was a spectacle of pomp and grandeur. He exchanged vows with Ayesha Saif Khan at The Lanesborough, an exclusive five-star hotel on the Hyde Park Corner in Knightsbridge, where they met in college. Ayesha Khan is the daughter of Saifur Rehman Khan, a close aide of Prime Minister Nawaz Sharif.

Junaid wore a tuxedo from an unidentified designer and looked dashing with his hair slicked back, while his ladylove dazzled in a pink and gold Sabyasachi wedding lehenga, which was designed by the designer. A clean bun was chosen for her hair, and traditional gold jewellery was used to accessorise the dress. 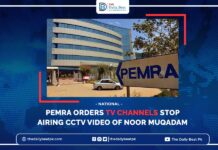