India is one of the most dominant cricket teams when playing at home. Virat Kohli, does not fail often when chasing at home. But the struggle for men in blue has started once again, as they are touring Australia. The Indian team failed badly in first two matches of ODI series. Their bowlers conceded 350 plus runs in both matches and they looked clueless in the field.

The struggle away from home is not something new for Indian team. They enjoyed some success in the last tour of Australia, when they won the test series for the first time, in the absence of two top batsmen of Australian team, Steven Smith and David Warner. Both of the senior players missed that series, as they were banned after the ball tampering incident in series against South Africa.

But this time David Warner and Steven Smith made sure that they scored runs for the previous series, which they missed a couple of years ago. In the first One Day match, Aaron Finch and David Warner started hitting from the word go and had a partnership of 156 runs for the opening wicket.

Steven Smith came one down and it looked like he had come on a mission to prove someone wrong. Former Indian opening batsman Virender Sehwag had made this statement about Smith, that his batting strike rate in ODIs is lower than Sehwag’s strike rate in Test cricket. The former Australian captain played like an injured tiger and hit 4 sixes with 11 fours as he brought up his century off just 62 balls. This was the third fastest century by any Australian in 59 years of ODI cricket, something you would not expect from Steven Smith.

The Australian ended up scoring 374 in 50 overs and Indian wicket keeper Lokesh Rahul must have been offended by the aggressive batting of Glenn Maxwell, who scored 45 runs off just 19 balls. The all-rounder had represented Rahul’s team Kings XI Punjab in Indian Premier League and failed throughout the tournament.

In reply Indian fans were expecting their team to fight like the way they chase at home. Indian captain Virat Kohli is called the King of chases, as he has scored centuries in 3 of India’s biggest chases in ODI cricket. They were given a flying start by the openers Mayank Agarwal and Shikhar Dhawan, but Kohli could not capitalise on it and was caught by Aaron Finch after scoring just 21 runs. The match was almost over when India lost their fourth wicket for 101 runs in the 14th over. But Hardik Pandya and Shikhar Dhawan showed some resistance and their effort helped India score 300 plus.

In the second match, Indians were expecting a better effort from their front line pacer Jasprit Bumrah, who they claim to be one of the best in the world, but he was exposed once again, going for almost 8 runs an over. David Warner and Aaron Finch were at it again and this time they looked even more aggressive. Aaron Finch was dismissed after scoring 60 runs whereas Indians were lucky to have David Warner run out for 83 runs. But Steven Smith started the innings from where he had left in the previous match.

That was followed by another 62 ball century for Steven Smith, and this time with just 2 sixes in his innings, which shows he managed to score so fast without taking aerial route many times. He was in sublime control, scoring 14 boundaries and hitting the Indian bowlers all over the park.

Glenn Maxwell also looked in much better mood and he scored boundaries with switch hits and reverse sweeps many times. Maxwell has scored 109 runs so far in only 2 matches of the series and that the exact number of runs in scored in 9 matches of IPL. Marnus Labuschagne, known as the test specialist, also scored a half century, making it only the second time in ODI history that top 5 batsmen of the team raised their bat.

The worrying signs for Indian fans is that Bumrah has gone for 146 per 1 wicket in 2020. He has picked only 3 wickets in 8 ODI matches this year, with an economy rate of 5.76 and strike rate of 152. When the leader of your attack fails so miserably, you cannot expect the other bowlers to do much better either.

This time the total was 15 runs more than the previous match and India had to chase 390 runs. Even their captain Virat Kohli played an innings which gave them some hope this time. India were 225/3 in 34.4 overs at one stage, needing almost 11 runs per over with 7 wickets in hands and 2 set batsmen on crease. The target was achievable at that stage, considering the runs these batsmen score in T20 cricket.

But the brilliance of Australian fielders was standing in India’s way like a hurdle. Henriques picked a stunning catch to dismiss Virat Kohli, just 11 runs from off his 44th ODI century. Hardik Pandya was expected to play the role, which Maxwell performed for Australia. But India’s best hitter could only score 28 runs off 31 balls, when they needed at least 50 from him after consuming so many balls.

Indians fell 51 runs short this time, losing seventh match in a row. The same Indian team which looks invincible at home, lost all 3 ODI matches against New Zealand earlier this year and then was whitewashed in test series as well. Now Indian team will have to play for pride in the third match, or else second ODI whitewash in a row will anger their fans. Indian fans are demanding their team to show some hunger to win abroad, or else the wins at home would mean less.

Other Asian teams also struggle when they visit the SENA (South Africa, England, New Zealand and Australia). But Indians are expected to play more competitive cricket, considering the fact that most of the players from SENA countries play IPL and when you play someone regularly and watch them closely, you learn their mistakes and knows the weaknesses. But at the moment it looks Indians are not learning their lessons. 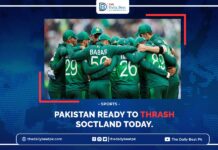