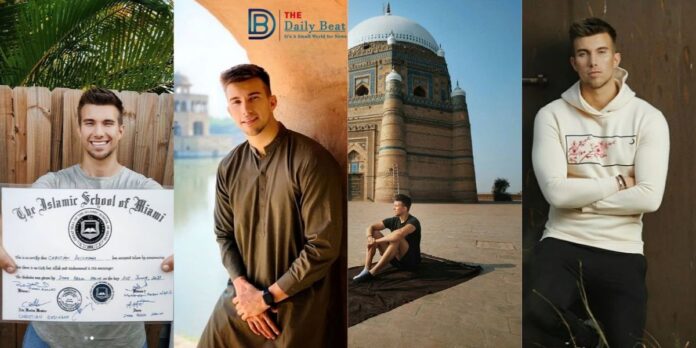 We as a nation have pretty strongly affirmed the notion how welcoming we are to anyone who visits. In recent years, Pakistan has seen a rise in bloggers who with absolute glee have been travelling the country to capture epic locations and take the hospitality of people who with open arms embrace the outsider.

However, it was a complete triumph for many netizens who took onto their social channels to express their excitement on learning that a well-known European YouTuber and travel vlogger has accepted Islam.

Christian Betzmann was staying for over a year in Pakistan. Much like his fellow content creators, he was successfully promoting and shedding the light on what the country really is like. However, this time around the story is even more interesting is how his good times and interacting with the folks of this land has actually lead to him accepting the country’s leading religion as well.

“I have accepted Islam,” wrote Betzmann in the caption. “I have spent almost one year in Pakistan. During this time, I met so many incredible people and learned a lot about the religion and the lifestyle. Growing up in Europe the word Islam was always connected with negativity, war, terrorism and to be completely honest I was never a religious person before so I didn’t really care what people thought back then. My best childhood friends were Muslims and deep inside we are all human beings in the same simulation we call life.”

The news surfaced on the internet as the young vlogger shared a picture of himself holding a certificate from the Islamic School of Miami. It was enough to get social media abuzz as many congratulated Christian on the exciting news including his fellow YouTubers, which includes popular faces Sham Idrees, Zaid Ali as well as big names from the Pakistani film industry.

Chris, who is German had dabbled into the world of vlogging from an early age. He has been sharing videos of his adventures with his large following and was pretty vocal about his love for Pakistan. Majority of his videos expressed his sheer admiration for the country- from the vast culture, to breathtaking and scenic spots to the delectable spread of food. The man is in complete awe of Pakistan and if his admiration for the country wasn’t enough on its own, he went ahead and accepted and embraced the religion as well.

He is lovingly referred to as ‘Gora Gang’ by his Pakistani fans. A title he has lovingly embraced and often hints of how his acceptance by the people is what makes him wanting to come back to this country and visit it often. And much like his fellow content creators, we as a nation have definitely been able to get the positive nudge of explorers who have given the country their stamp of approval. Even more so, that due to the onset of the pandemic, vacation enthusiast from within who would fly out every chance they got, have been intently viewing these videos from the ‘gora’ people as they explore places and indulge in cultural wonders, we were probably taking for granted. 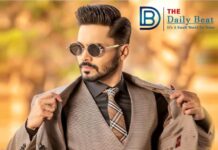 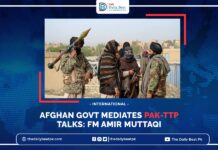