A Tribute to Haseena Moin

A legend is one who makes an impact that remains steadfast on the hearts of many for years to be. They know their worth as their work speaks for itself and is incredibly charming.

In Pakistan’s drama industry, there may be just a few names that can be considered as revolutionary. They made art which stood against the conventional framework, shook the stubborn walls and was probably way ahead of its time.

One such massive ball of talent is the evergreen, the celebrated and a supreme talent that Pakistan would never be able to replace with any other- Haseena Moin. A starlet in her own rights, she gave Pakistan innumerable drama serials that paved the way for progressive storytelling. There was and will never be another Haseena Moin as we mourn her loss.

At a time when we are witnessing the drama industry taking on a rather stale and unproductive stance where there isn’t much new stories and characters being brought to the limelight, we can’t help but wonder how the 80’s had brought forth so many ideas and visions which were not heard of at that time.

Haseena Moin wrote Pakistan’s first original script ‘Kiran Kahani’ which aired in the early-1970s. Her written dramas have even gained international repute. They were led by extremely strong characters. She was the one who paved the way to represent women in something other than being the ‘damsel in distress’. She showcased how the female gender is capable of being headstrong, committed, eccentric and very capable of having her own thoughts and opinions.

Considering Ankahi as her favorite drama, it was a female protagonist led show which was one of the many of her dramas that showed women in strong and leading roles. Dhoop Kinaray was yet another magnificent creation which allowed the focus to be on how women can be career-oriented as well.

Haseena was the recipient of the Pride of Performance award for her services towards performing arts in Pakistan. She was widely recognized worldwide and some of her leading dramas were even remade, even in India but none had the original spark!

Haseena was last seen in public at a Pakistan Day event at the Arts Council of Pakistan in Karachi on March 23. Condolences have been continuously pouring in from all sides over the sad demise of the one and only dramatist. It was a rather unfortunate situation anyway as Haseena had quite retired from writing new drama serials but had only recently hinted that she was in the works of something great again. We were waiting with bated breath but it seems fate has something else destined. A web-series she wrote on breast cancer is scheduled to release next month.She was a breast cancer survivor.

Nevertheless, while the talented writer may not be with us anymore, her work is timeless and will continue to reflect her greatness to define women and present stories that were affirm on the positivity of family ties. A celebrated starlet, you shall be missed as a definite loss to our art creating industry. 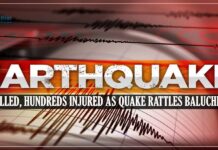 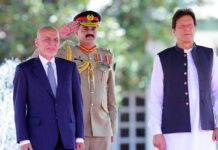