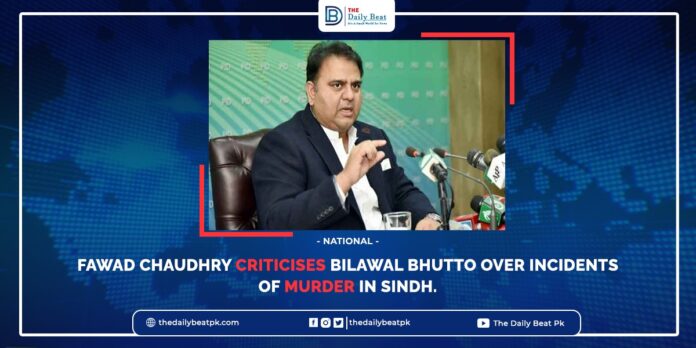 The federal minister for information, Chaudhary Fawad Hussain has expressed concern over the dangerous situation within the province.

According to reports, bodyguards of a PPP MPA fired the gunshots, that too in the presence of the unnamed PPP MPA. Increased incidents of murders from Sindh are making the rounds on social media. Most of them happened at the hands of influential figures.

By retweeting the video on Twitter, Fawad Chaudhry highlighted the lack of law in Sindh.

“The way incidents on social media from interior Sindh seem to be coming shows there is no importance of law in Sindh,” he said.

“Bilawal Sahib, what is happening? People close to you are involved in these incidents. Do not trample on humanity like this,” Fawad Chaudhry further wrote.

Two days ago, authorities recovered a dead body from PPP MPA Jam Awais’ farmhouse in Malir’s Jam Goth. According to official reports, the man died because of torture.

The deceased, named Nazim Sajawal Jokhio tried to stop foreign guests of Jam Awais from illegally hunting animals in his village near Thatta’s Jungshahi town. He made their video as evidence. However, he got caught and beaten up. After that, Jokhio made another video claiming that he is receiving death threats and if something happened to him, the MPA would be responsible. Consequently, his body was found at Jam Awais’ farmhouse.

Additionally, another incident occurred back in 2008 where influential figures of PPP misused their power. A former police constable named Ali Hassan Solangi was brutalized by influential PPP leaders for taking a stance against them. 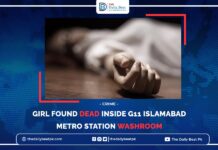